A singular and elegant jewel for women and men, especially effective against electromagnetic waves!

Orgonite, which by nature is a bulwark against electromagnetism accentuates the power of the powers of Tourmaline and its benefits, which are, among other things, protection against these waves.

According to the process of the organelle, it captures positive energy to redistribute it in a tenfold vibratory field. Excellent for the practice of meditation, it calms emotions, stressful situations and states of sadness.

The particularity of Tourmaline, which may explain its positive influence on the environment and the mental and physical health of the person who wears it, comes from the ions that the stone releases when it heats up.

Compressed, its piezoelectric property increases its power. This is indeed the case in an orgonite, the resin while drying, shrinks and compresses the stone continuously.

Orgonite and its benefits

Dr Wilhelm Reich discovered at the beginning of the 20th century how to use what he called orgone (life energy, chi, prana). Recused by his peers, he was forced to give up and it was Karl Hans Welz , then Don Croft that follow on from his work.

Orgonite is able to capture orgone but also has the power to transform "DOR" into "POR ". In other words transmuting negative energy into positive energy . The basic matrix, made of 50% organic matter (resin) and 50% inorganic matter (crystals, metals) also increases the vibrational field of the custom additions

Tourmaline, a piezoelectric stone of protection

The piezoelectric property continuously diffuses the vibratory field of the compressed stone, whose power is multiplied.

tourmaline attracts positive vibrations, it is an excellent stone for practicing meditation. It calms emotions and reduces stress. Its energy field wards off feelings of sadness, as well as the negative effects of electromagnetic waves. 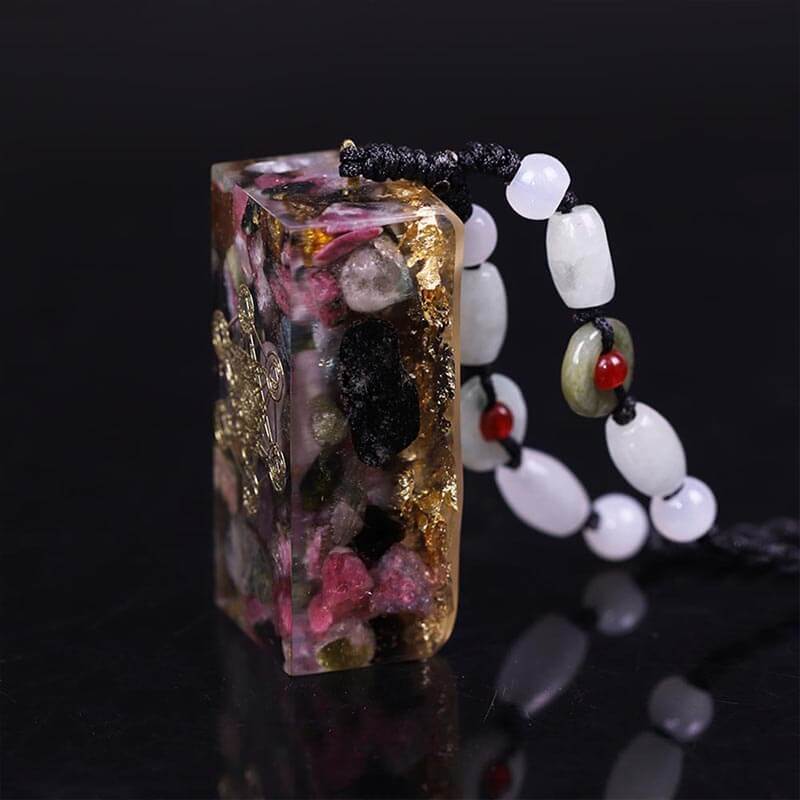 Archangel Metatron gifted humanity with an extremely powerful sacred tool of connection and protection, the Metatron's Cube. Coming from sacred geometry, it is a figure that combines the geometric lines of the Platonic solids, the Merkabah and the Seed and the Tree of Life.

The very high vibrations of Metatron's cube increase the vibratory rate of beings, animals, plants and the places where it is placed.It is a powerful protection against negative energies, wherever they come from

Meditating while absorbing its geometry increases its protective action. 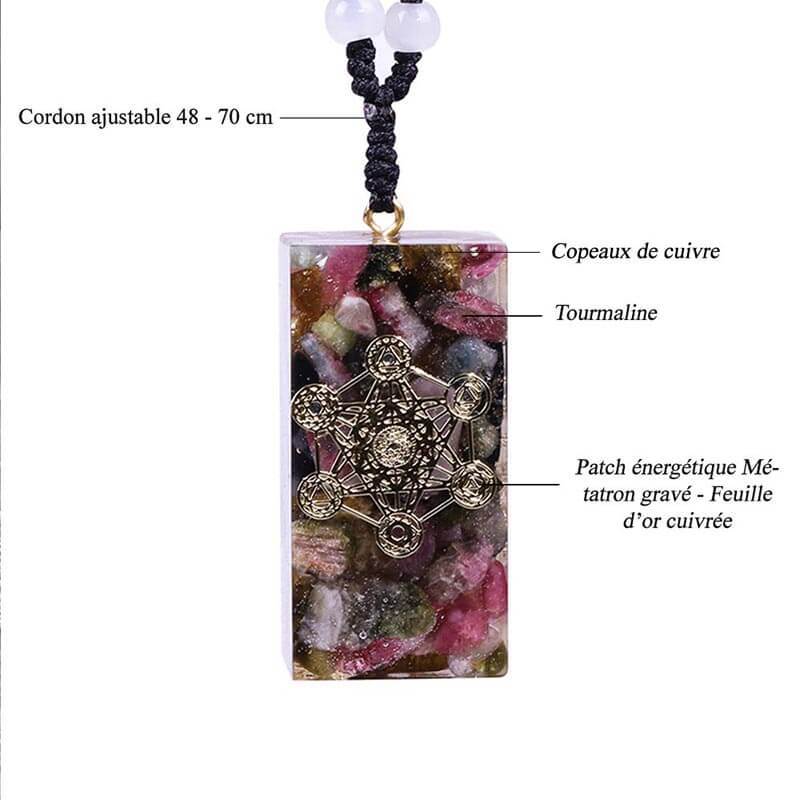