Elegant, spiritual, it radiates both feminine and masculine energy. Wear an orgoniteAmong other things the energy boost , the

What is an orgonite?

the Orgonite brings the harmony on a psychological level. Just wear it as a pendant or bracelet to see the immediate effects.

Not only is it beautiful, but it cleans the atmosphere by capturing negative energies and vibrations, while diffusing beneficial flows. It acts, in particular on electromagnetic frequencies;

According to the findings of Dr Wilhelm Reich at the beginning of the 20th century and the follow-up to his work of Karl Hans Welz , then from Don Croft, is a product capable of capturing the orgone, (the Chi, Prana or vital energy), but also to have the power to transform "DOR" into "POR". In other words to transmute negative energy into positive energy. The basic matrix, made of 50% organic matter (resin) and 50% inorganic matter (crystals, metals) also increases the vibratory field of the custom additions

For this orgone pendant, Amethyst is used in the foreground, aluminum shavings and the energy symbol of the tree of life 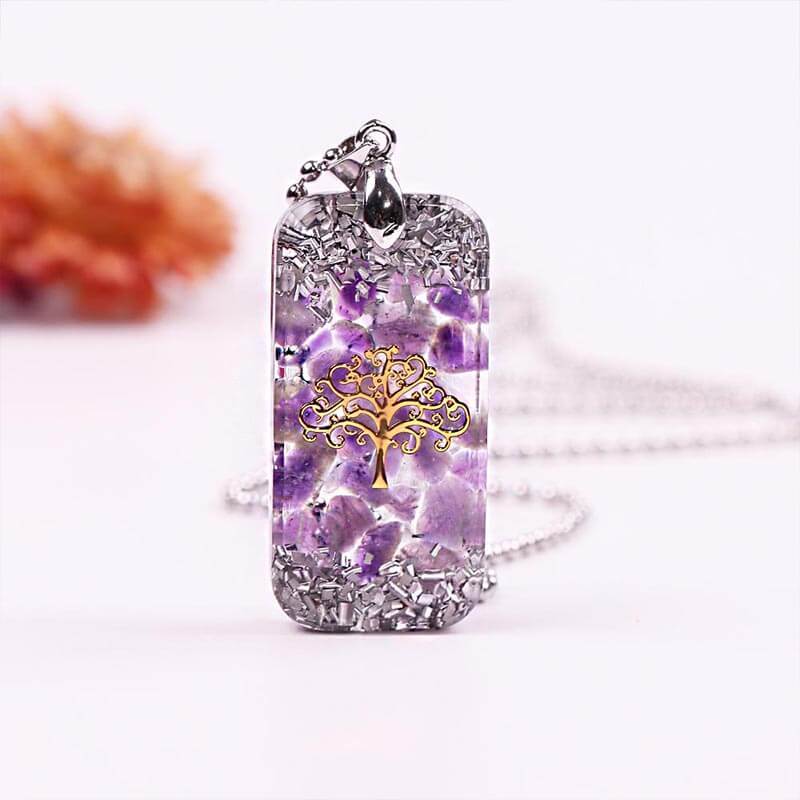 The property piezoelectric of Amethyst allows a continuous and tenfold activation of its vibrational field .

Amethyst: stimulates spiritual elevation, concentration and promotes meditation. It is the stone of creativity, clarity of mind and serenity. It calms anxieties and anger.

The tree of life symbol

A symbol of protection and universal love, it is firmly planted in the earth, its branches reaching skyward, it marks the link between manifested physical reality and the unmanifested world .

The tree, like the posture in yoga, works on grounding, it makes the link between the force of life and its origins. The seasons pass, the leaves fall in autumn and are reborn in spring, it is the symbol of impermanence and of the force or vital energy which manifests itself in everything. 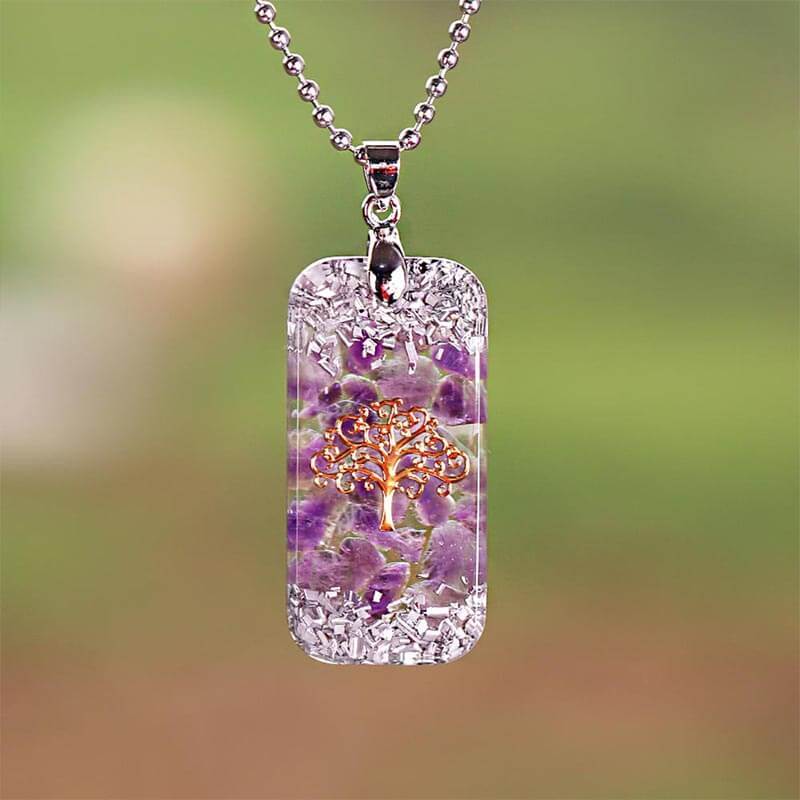 Reviews from our customers